A shining example of how we should handle our past… 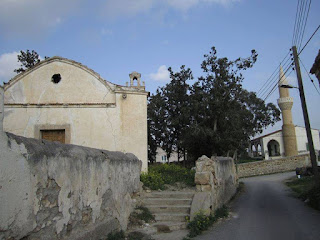 A shining example of how we should handle our past…

Photo: The mosque and the church side by side in Gouphes...

(*) Article published in POLITIS newspaper on the 4th of June 2017, Sunday.

(**) Link to the article published in Turkish in YENİDÜZEN newspaper on the 28th of April 2017 on the same subject on my page called "Cyprus: The Untold Stories":
http://www.yeniduzen.com/kufezin-masum-kurbanlarini-aniyoruz-10594yy.htm

and on the 24th of April 2017:
http://www.yeniduzen.com/gecmiste-kibrista-karma-koylerde-paska-kutlamalari-10576yy.htm
Posted by Sevgul Uludag at 7:12 PM