Three bicommunal stories: Families that the conflict has torn apart... 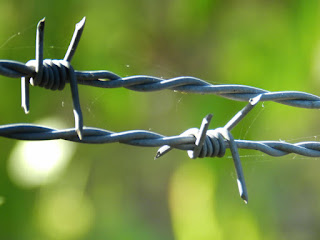 Three bicommunal stories: Families that the conflict has torn apart...

Today I want to share with you three bicommunal stories written by our friend, researcher and author Ulus Irkad… Here is what he has written:
`Back in 1994, together with Greek Cypriot friends, we had begun bicommunal reconciliation activities at the Ledra Palace Hotel. In those days, participating in such events needed a lot of courage since you would immediately be called a `traitor` or a `spy` and become a target. Apart from this, just to be able to get to the Ledra Palace Hotel, passing from the Turkish Cypriot checkpoint needed a `permission` from the Turkish Cypriot authorities. You needed to apply for `permission` to the foreign affairs at least one week before. Not all applications were accepted. And in general, even if you were told `permission has been given`, when you would go to the Ledra Palace checkpoint, at the last moment they would say `no permission` and you had to go back.
Once upon a time, travelling from Famagusta to Nicosia to the Ledra Palace checkpoint for kilometres and then reaching there and being told `the permission has been taken back` was quite common – so we would have to travel back to Famagusta without having been able to cross and having travelled the road from Famagusta to Nicosia for nothing.
But for me and my friends, it was not a big problem to ask the following day or the following week for `permission` and go to the relevant authorities and push for it. That is why we have always been a target at the barrel of a gun. That is why bombs were exploded in front of the houses or under the cars of our friends and brothers. That is why one of our closest friends, the journalist and author Kutlu Adali was killed. Today, thousands of people use these checkpoints to cross to either side due to the struggle of so many friends – we owe it to our friend Kutlu Adali whose blood has not dried on the place he was shot and killed, we owe it to Huseyin Chakmak who could not travel to Europe to take his prize for his cartoons defending peace and who has been persecuted and brought to court, we owe it to Alpay Durduran whose car was bombed several times, whose party offices were shot at… We owe it to those who resisted and were persecuted with fake witnesses in courts… One of our friends summarized it as `What is important during times of war is to defend peace…`

A GREEK CYPRIOT WOMAN SEARCHING FOR HER TWIN TURKISH CYPRIOT SISTER
After encountering a lot of obstacles, years ago I had reached the Ledra Palace Hotel when they told me that a woman was waiting for me outside, to see me. When I say `outside`, I mean outside the big room where we held workshops and education for peace. She was there, a short and chubby woman.
She looked middle aged and I even wondered whether she was a Turkish Cypriot. As Turkish Cypriots and Greek Cypriots, we are physically so similar with each other. But no, she was not a Turkish Cypriot since as soon as she saw me, she started speaking in Greek. I could communicate with her but I called my friend who is a teacher like me, Nicos, with whom we were facilitating the workshops. I had thought that since there might be Greek words I did not know of, it would be better to have a Greek speaking friend next to me.
He would translate from Greek to English to me. Nicos was translating from Greek to English what the woman was saying. I could also see that the short woman was holding a gift package under her arm. I understood that she had brought this present to some of her friends living in the northern part of Cyprus. Nicos summarized what the woman wanted:
In the 1950s this woman's father had been married with a Turkish Cypriot woman. From this marriage they had twin daughters. But after some time, they would fail to continue their marriage and would split.
When they divorced, the Turkish Cypriot woman had taken one of the twins and the Greek Cypriot father had taken one of the twins. And her twin sister who looked exactly like her was now living in the northern part… Imagine this: These were twin sisters, one of them was a Greek speaking Cypriot and the other was a Turkish speaking Cypriot. Even from this you can see how senseless identities are and I remember cursing the nationalists who have divided Cyprus…

WHEN A TURKISH CYPRIOT WIDOW LOVES A GREEK CYPRIOT PRISONER OF WAR…
When we were training youth through peace education and trying to wipe out hatred and nationalism on those days through the bicommunal activities at the Ledra Palace, naturally we were encountering different problems of split families. We helped a Turkish Cypriot friend whose father had remained in Paphos in 1974 and married a Greek Cypriot friend… We also helped an elder Turkish Cypriot friend who had a skin problem on his feet, finding a Greek Cypriot doctor to heal him.
On one of those days as I was taking one of my routine walks, a young woman stopped me with a young and beautiful woman's photograph. She wanted me to find her missing older sister.
Her story was this: In one of the villages of Karpaz, the husband of the young and beautiful woman in the photograph had passed away. She had fallen in love with a young and handsome Greek Cypriot from one of the surrounding villages and just as they were getting ready for her to flee so they could get married, there came the coup of 1974 and then the military operation of Turkish soldiers. She could not escape to the one she loved.
When the Karpaz peninsula came under the Turkish control from the 14th of August 1974, she had heard that the man she loved had been taken as a prisoner of war and she would run to find him in the prisoners of war camp, to try to take care of him. When he was sent to the southern part of our island during exchange of prisoners of war, she would flee after him, going to the southern part of the island, leaving her small son from her marriage with her family. So that was why her family refused to see her again or have anything to do with her.
Later she would try to contact her family, but her family would refuse to communicate with her… So after 30 years, the only one looking for her was her smaller sister.
I knew that 30 years had gone by, but I knew that my Greek Cypriot friends' help would not be delayed so I scanned the photo of the Turkish Cypriot woman and sent it to my Greek Cypriot friends… I would get an answer in a little while. The woman was living in a Greek Cypriot village close to Nicosia, she still wanted to see her family and her son but she was still afraid of their reaction…
After so many years, this woman who lives in the south with her Greek Cypriot children finally has come together with her Turkish Cypriot son and her family and is happy that they have forgiven her…

THE STORY OF AN ACCIDENT
It was the year 1957 or 1958. These were times of EOKA and TMT. Some Turkish Cypriot groups were serving as British soldiers with the British units against the Greek Cypriot EOKA. In the area of Ayia Napa, Paralimni and Dherinia, a Greek Cypriot mother and father had an accident. Among the police sent to the area to investigate the accident is a Turkish Cypriot commanding the police group and an English police constable.
In the car that had the accident, was a six-month-old baby who was alive. The cries of the baby touch the heart of the Turkish Cypriot police constable so much that he wants to adopt her from the first moment – he had been married but did not yet have a child. The Greek Cypriot father and mother have been killed in the car accident but the six-month-old baby girl is safe and sound. The Turkish Cypriot police constable hugs her immediately and knows that his wife would take care of this baby… The baby girl has three brothers, but they were not in the car at that moment. The Church would take care of these three boys as their legal guardian. And the baby girl is taken and raised by the Turkish Cypriot policeman's family. The baby girl grows up and gets to important positions with her Turkish Cypriot identity and struggles to raise Turkish Cypriot kids in universities. The girl always saw herself as a Turkish Cypriot and her identity is Turkish Cypriot. Her three brothers raised by the Greek Cypriot Church also reach important positions… When these kids are growing up, the priests tell them that they have a sister living in the Turkish Cypriot side. In 2003, all these three brothers hold very important positions among the Greek Cypriot community… One of them is said to be a district governor in an area close to the partition line, one of them an important businessman and the other in an important position in the government.
When checkpoints open in 2003, the three brothers come to the northern part to find the policeman who adopted their sister 50 years ago after the accident. Then they contact their sister. They would embrace each other and would start helping their sister and her family…
And I wish happiness to the people I mention in these three true stories… I wish that peace would smile at all of humanity and to us Cypriots. The stories I have told you are true stories. The last story was told to me by a friend but due to safety, would not mention names. And I do not mention any names in the previous two stories… I hope that one day we can be able to tell such stories by also telling names and reflect their happiness…`