Letters from the heart of Maria… 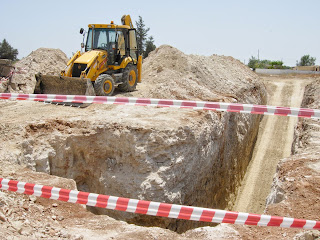 Letters from the heart of Maria…

Second letter:
`Sevgul,
Thank you for listening to my heart. And if its words, are the same heartbeats in other people's hearts, then I am triply happy, that I am uniting in their rhythm. I feel that all together, we have an enormous heart. A heart which grows and grows and makes the miracle visible.
We deserve peace. We deserve a clean sky to draw on it, with all kinds of colours, bold and clear, our life. To draw well and truly, all those that the stars did not have the time to write.
As Kyriakos from Larnaka also told you "you have made the darkness brighter". We gather around you. All of us who have faced the darkness, were burnt and are sending it away from inside us, now we are small scattered dots that sparkle shyly. All of us united, we can give to our country the sun. We strengthen each other. We get stronger to do good, to create love, to make steps of the soul that bring us closer together.
I wrote the letter for you. With words that are superfluous inside me and are flooding. I came to the day that I opened my heart, I dared to spread it and to touch you like your words touch me every Sunday. Like the words of the people touch me, that confess to you their thoughts, feelings and their stories and I translate their message in my heart, that we are one. I realise that I feel, all that they feel. That they speak my words. This touch, I keep it in my heart and it warms me. You cannot imagine what a blessing is to have this sensation. To feel like you and you like me. And with the letter that you read, it is as if I touched with my heart, through you, the hearts of all of your readers. And I felt their beneficial touch like a push to "do". To act. And not only to feel, to think and to write. I owe it to the memory of Kemal.
Kemal was a Human. The only one who was around and helped my father, to stand on his feet, our first days in Dromolaxia. And every day that he was coming to our home and was sitting to have a coffee with my parents, I was hiding so as not to see him. And he was looking for me and was calling me "Maria! Maria!".
How could he realise that I was in such darkness? How could he see it, that I as closing my heart to his face and he was calling me to open up to him?
Let him hear me now, wherever he may be, that I am calling out to him a big "thank you" and a big "sorry". Because he was the person who held out his hand and supported us. And not even a "Christian" was around to do that…
My name is Maria and I was born in Lysi. I have two sons. Andreas and Efstathios. Efstathios is the one "typing" the letter on the computer and he is the one who answered to your first message (he told me the next day, shortly before we received your second message), while I was telling him "Wait for the day to pass". Youth is impatient.
I think it is time to seize the moment, like the youth, and not wait for the day. Not to "need the time" to get going. To leave my comfortable chair. Not to look at the sky, only through my window. To walk in our island and to come together with people. Like my soul wants it too!
Thank you Sevgul. Always be well.
Maria.
P.S. You can, if you want, publish the letter. This way others will also feel that we speak the same language.`

Photo: A well in Kontea where a Greek Cypriot woman was buried in 1974…