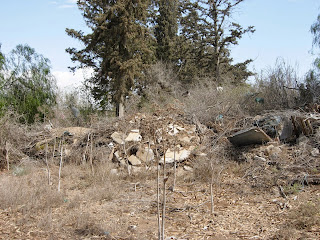 Photo: View from the possible burial site in Pervolia, Larnaka.

(*) Article published in the POLITIS newspaper on the 5th of October 2014, Sunday.
Posted by Sevgul Uludag at 4:30 PM