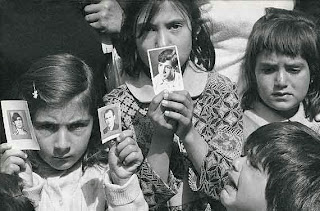 Photo: Children were traumatized with the loss of their fathers or mothers...

(*) Article published in the POLITIS newspaper on the 3rd of August, 2014 Sunday.
Posted by Sevgul Uludag at 4:00 PM